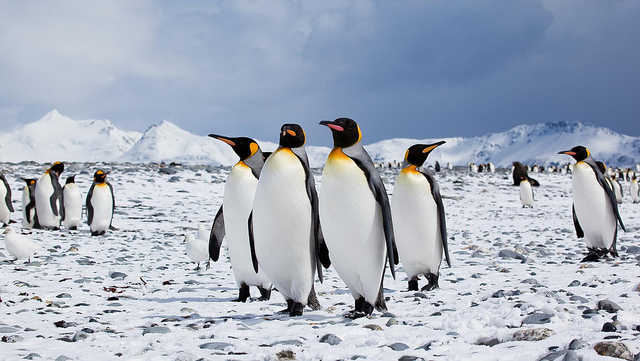 Note from the editor: Starting from this article, we have been experimenting on to add a new sub-section under tutorials section in which we will talk about Internet Marketing.

It’s really nothing unusual to see business owners stop almost everything they were doing and focus on a Google update if one of its kind happens to come about. This happens to be a rather common reaction associated with any of Google’s algorithm updates. It’s a known fact that a panda or penguin update can literally bring big changes for a website. The idea remains to be prepared and informed. Apart from that you should also be ready to react as well as recover. This is essential for after all Google is constantly taking steps to make algorithm changes so that it can improve the results that come up.

The Penguin phenomenon and its effects

The Penguin 2.0 update was definitely a phenomenon of sorts and this is essentially because of the fact that this particular update refers to anything related to web spam. This update is unique because it’s the first of its kind which goes on to change the algorithm. This is in opposition to simply refreshing it. The Penguin 2.0 update, however, focused on a few different areas apart from spamming. Read on to find out more.

1. The authority factor: This happens to be one of the biggest changes that came about from the Google algorithm called Penguin 2.0 and most importantly this was the first of its kind. Google basically is trying to help all websites become an authority in their niche. Once that’s achieved, it’ll rank the websites higher. There’s one rather easy way of doing this and that includes the use of Author Rank. Then there are other ways to position your company as an authority too and that includes social sharing, Google+ activities and some rich snippets.

2. The advertorial saga: Actually an advertorial is nothing but a place from where you can find links which were sold. Having said so, you must understand this for a fact that these links were  sold and not really earned by any particular company. Google is absolutely intolerant to the concept of selling links and the major reason behind this remains the fact that it doesn’t ensure any successful SERPs. Hence, the new algorithm change has obviously made this a priority.

3. The anchor text bit: With the latest Penguin 2.0 update, Google is definitely taking a close look at the anchor text bit. This is obvious since it’s the anchor text that’s generally used to link your website. Now, the flipside remains that with Penguin 2.0 if Google finds too many keyword stuffed anchor texts linking to your website, then it’ll be considered unnatural. Google would then go down to the keyword level and lower your rankings. Now, for this all you need to attempt is some diversification of your anchor text and that too with a focus on what you can call branded variations.

4. The hacked CMS saga: It shouldn’t be news to you that more and more websites are falling prey to hacking simply because their content management system (CMS) isn’t secure enough or perhaps isn’t updated. These are the kind of factors that typically lead to penalties for your website, irrespective of whose fault it is.

You see the discussion above talks about how Google Penguin 2.0 stands to affect SEO and in turn your website. This is why it’s necessary to take steps to avoid being victimized by it. The Penguin phenomenon should hence be taken seriously and make it a point to take a leaf out of it. If you take the necessary steps, then surely you should be able to protect your website from the Google updates easily.